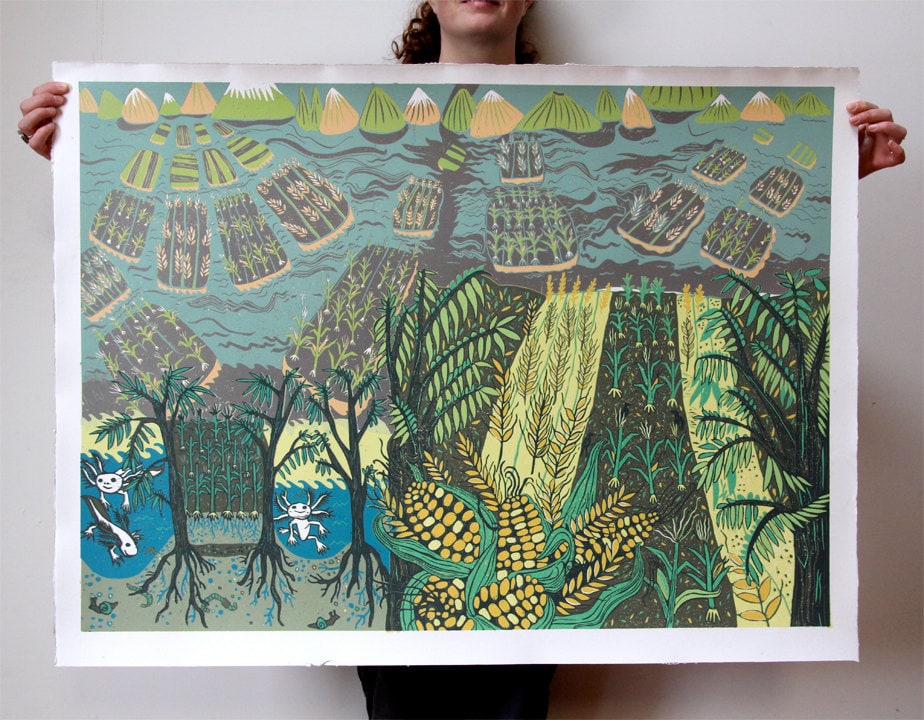 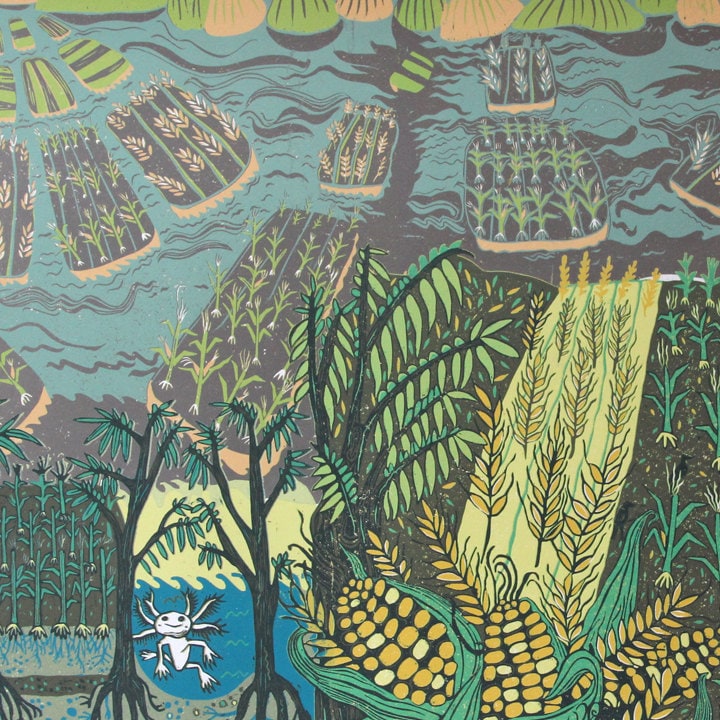 Chinampas is not a word you hear everyday in the English language and probably not even in the Spanish language. Chinampas are an early form of aquaculture, floating agricultural islands that provided food for up to 1/3 of the population of ancient Tenochtitlán during the Aztec era.

People would harvest the food with canoes, and it meant that the land could be used for housing, stores and all other structures a civilization needed. I suppose that creating an island could be easier than terracing a mountain for veggies?