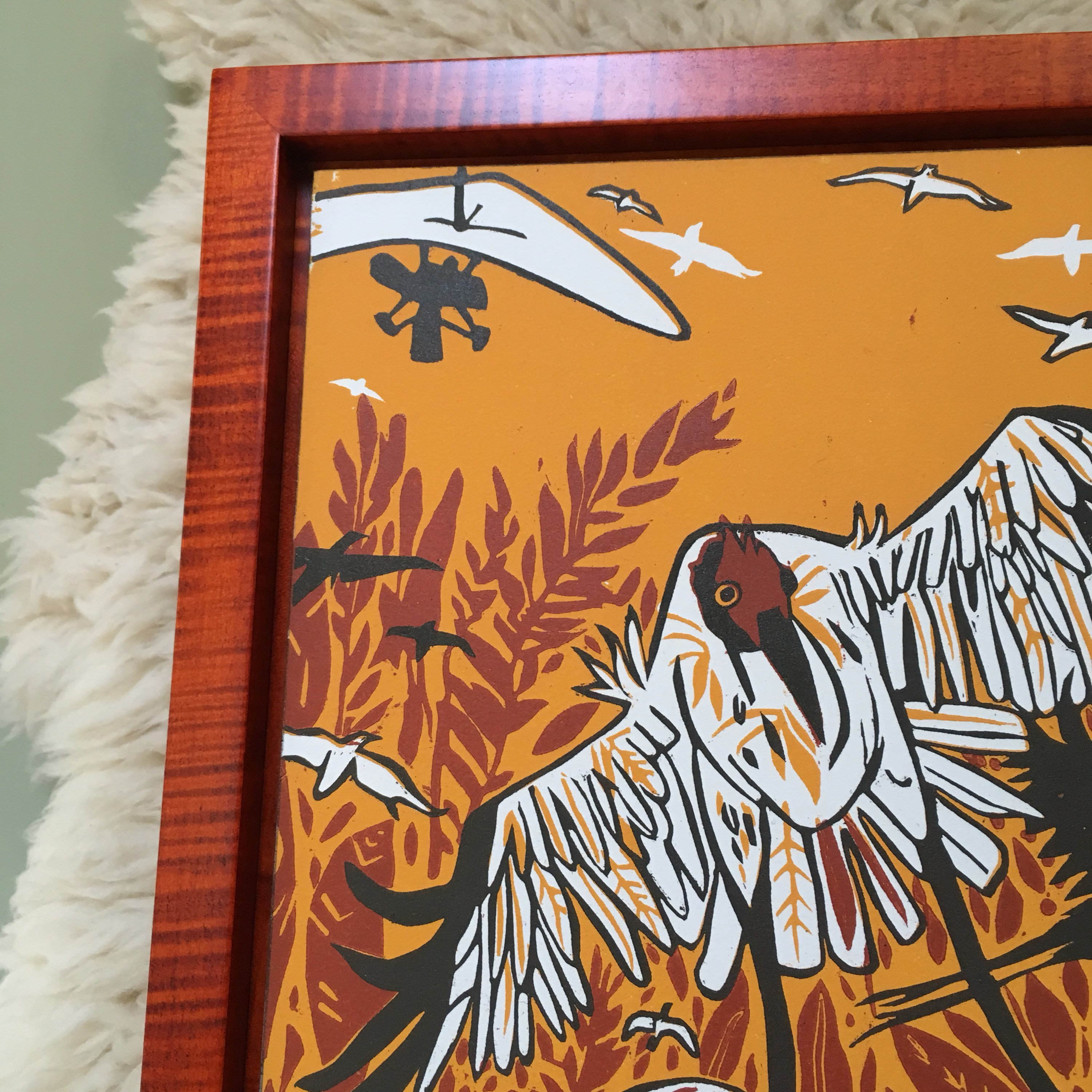 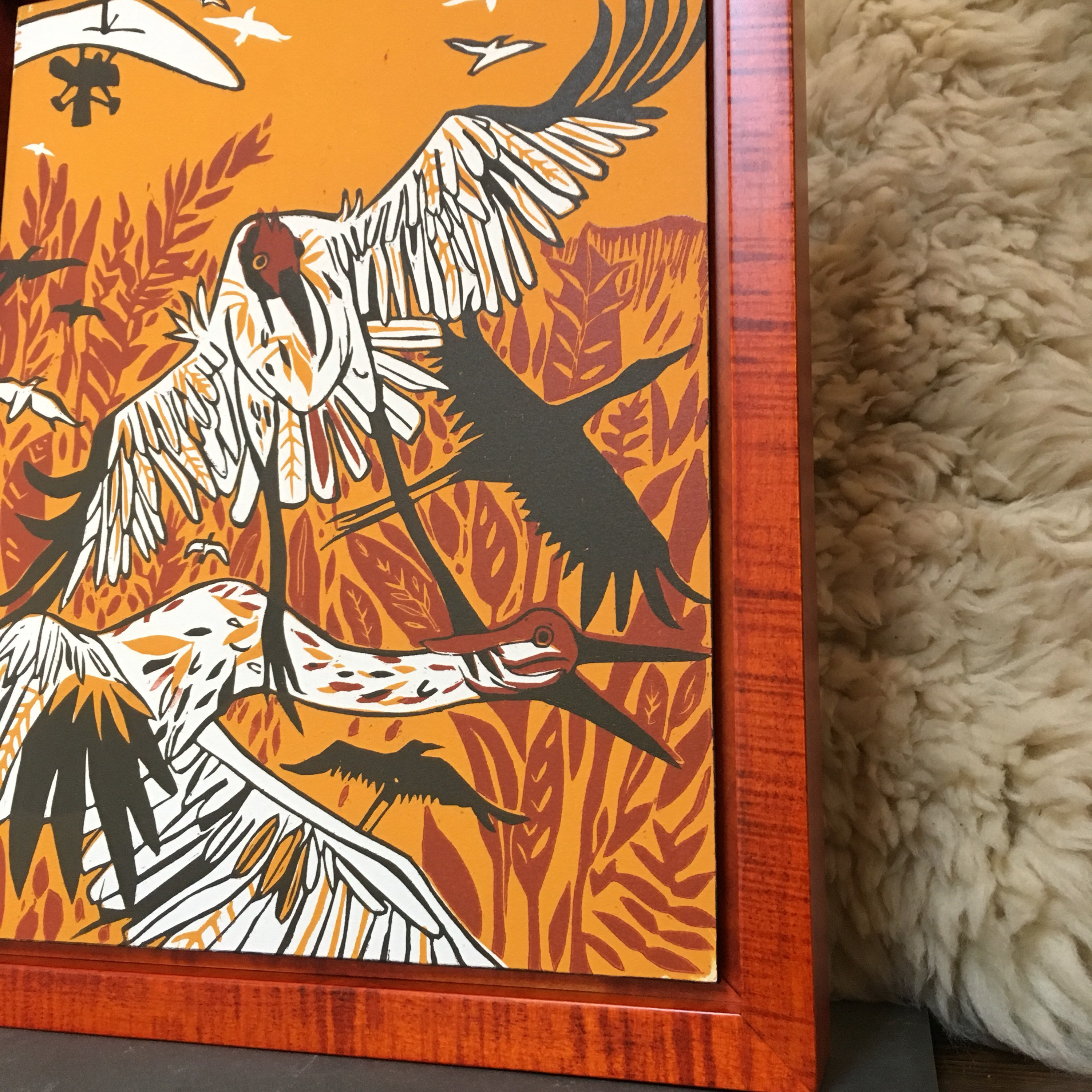 The Whooping Crane population fell to an all time low in 1942. They numbered just 15 birds but with the creative effort of dedicated individuals they are doing much better. There are now 91 breeding pairs in the wild and another 32 in captivity.

There is an ultralight in the background. Each fall, under the auspices of the Whooping Crane Eastern Partnership, a non-profit organization named “Operation Migration,” imprints a new generation of Whooping cranes on their aircraft in order to teach them a migration route from Wisconsin to Florida. Because cranes learn their migration route from their parents, the knowledge of the eastern migratory route was lost when all the birds that used that flyway disappeared. Operation Migration has taught 8 generations of Whooping cranes this ancient flyway. After being led south once, these birds continue to migrate back and forth on their own.