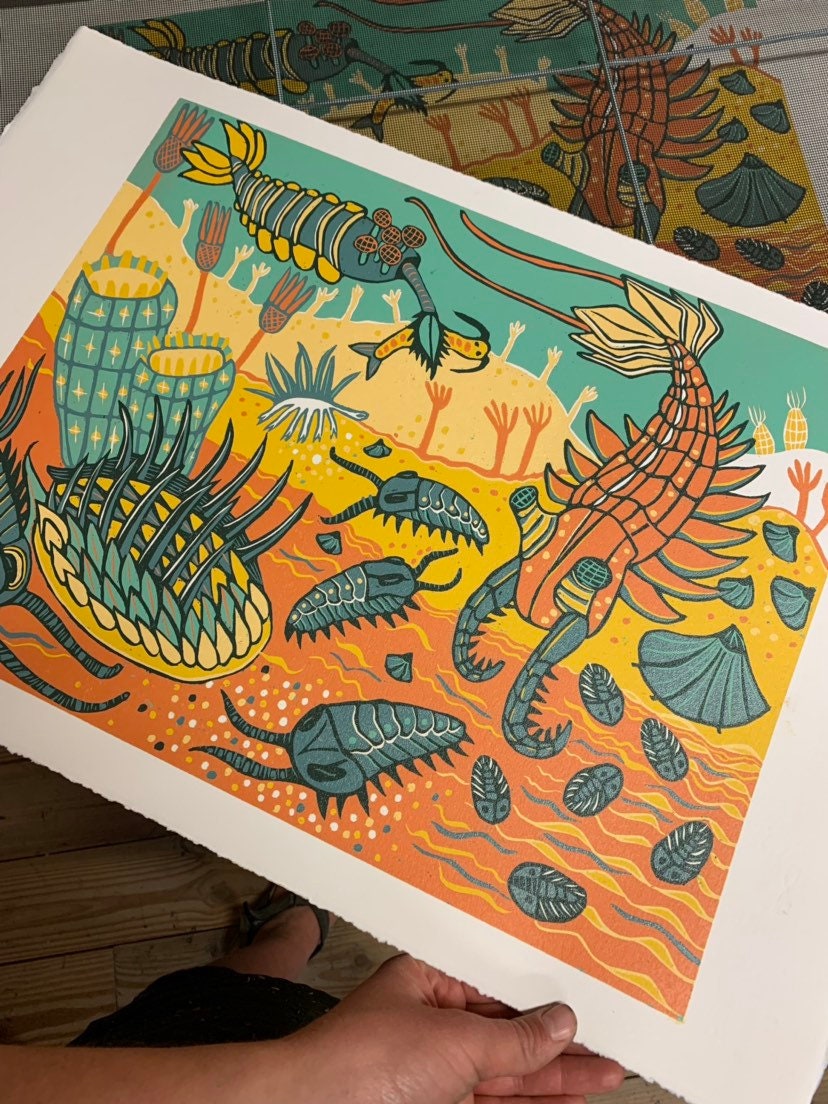 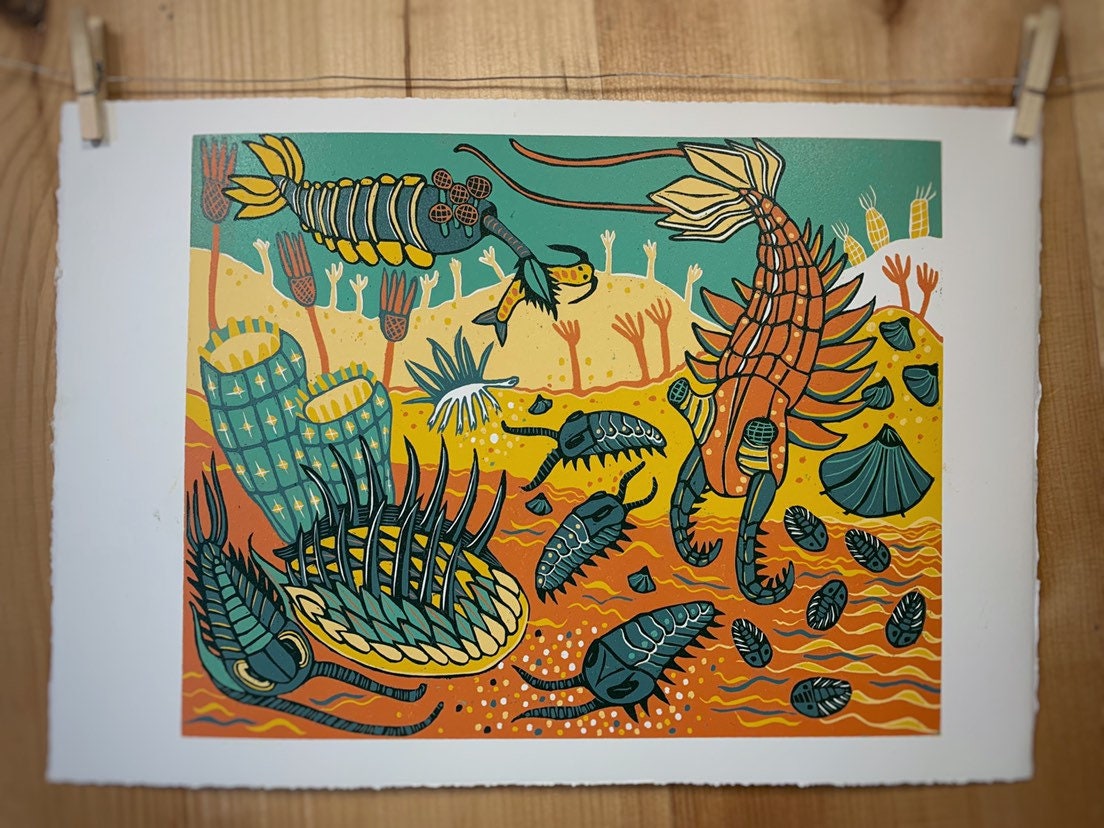 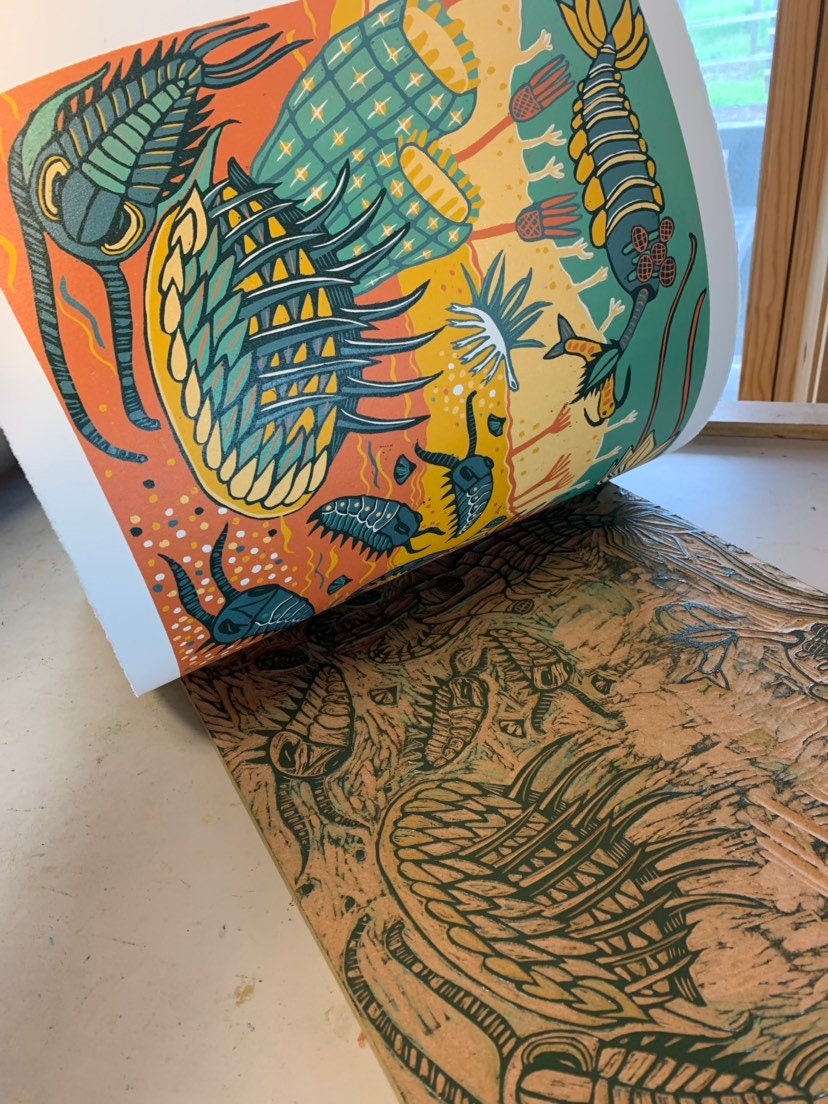 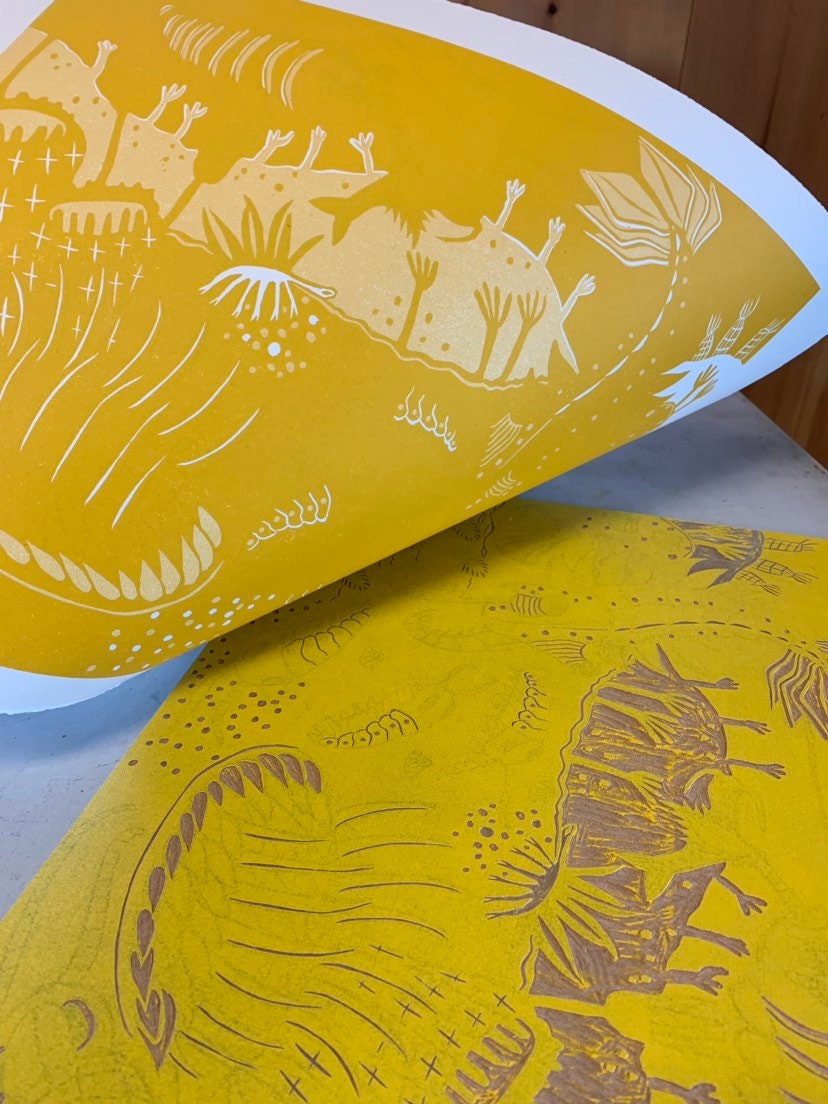 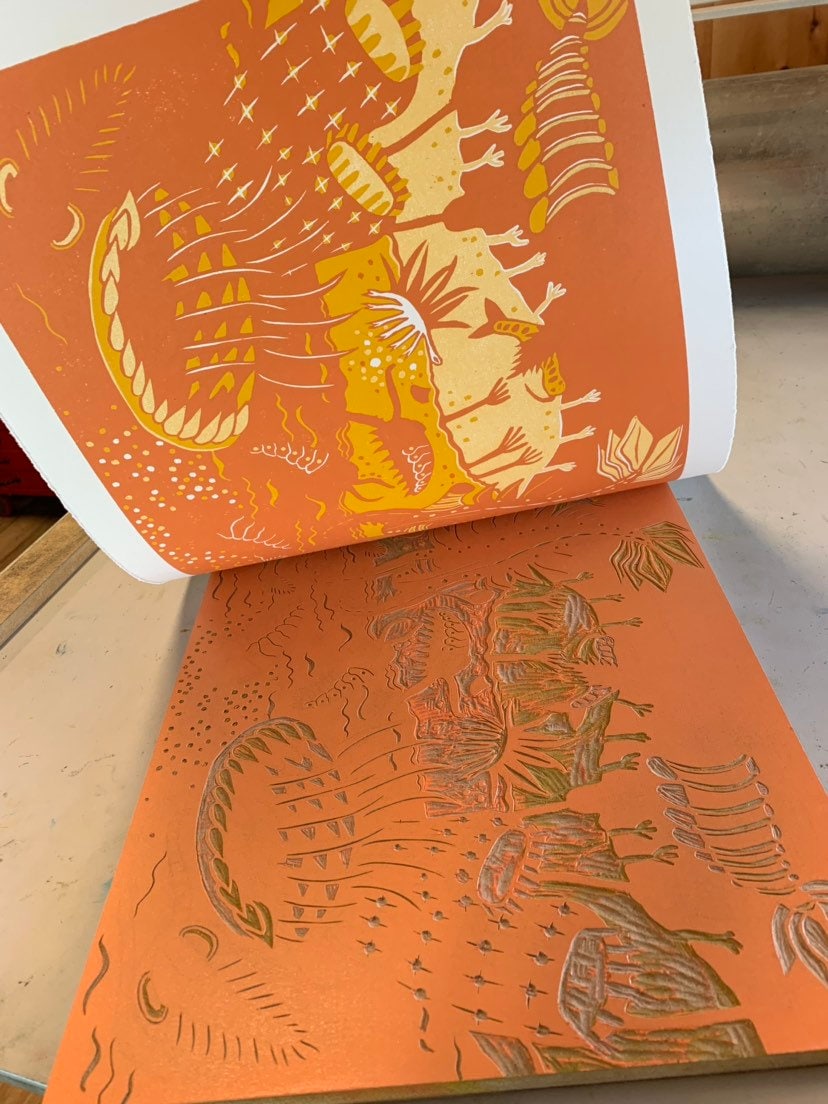 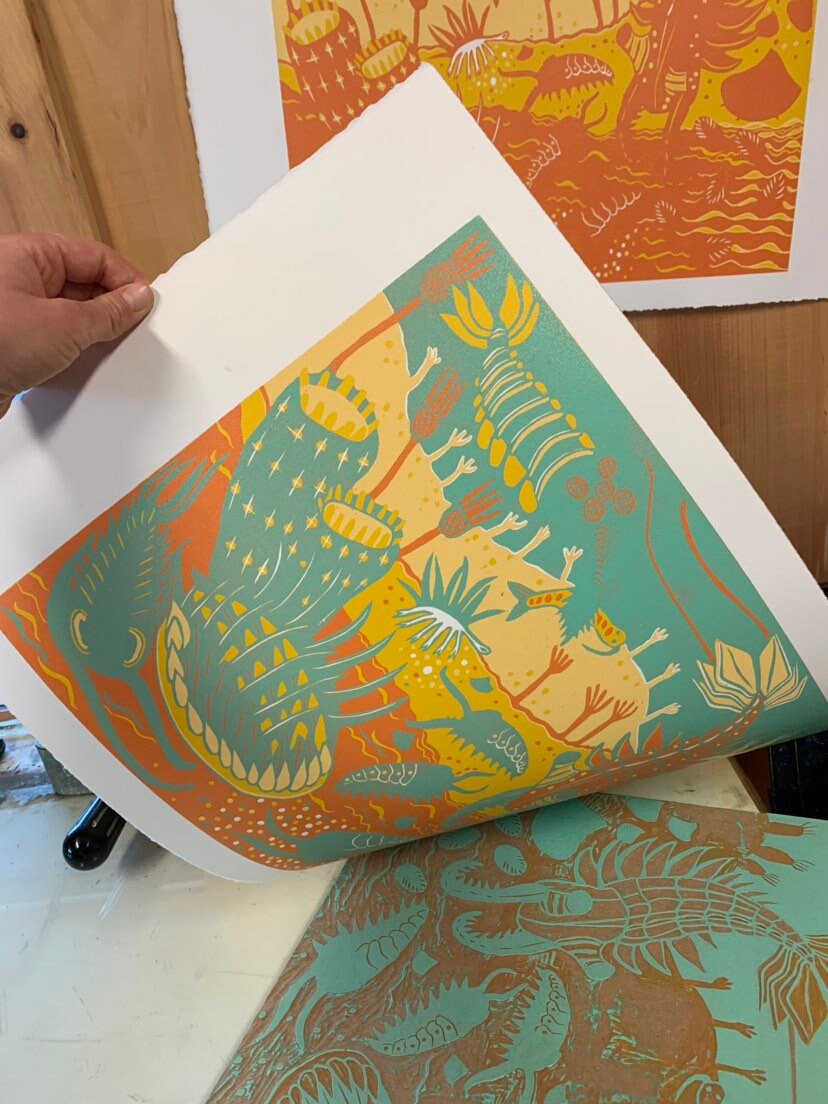 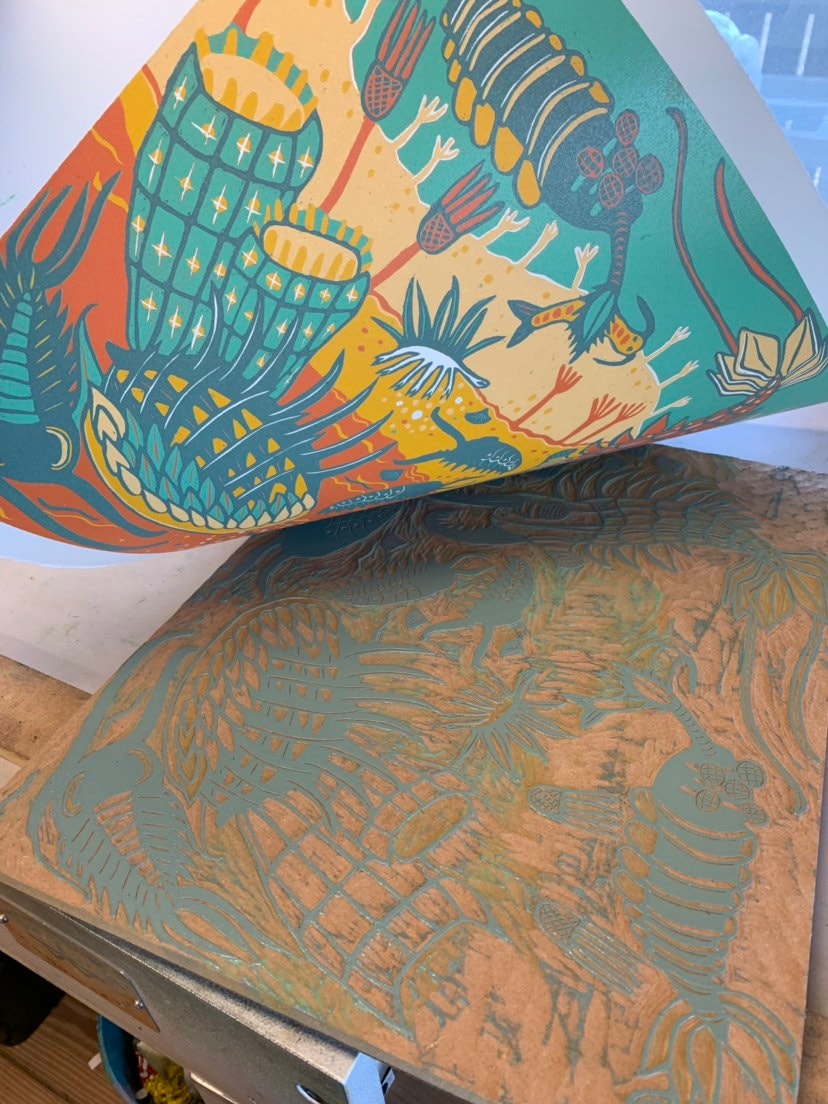 The Cambrian period was a geologic time era that was full of life. Many unique animals developed during this time.

In this piece you can see the top predator “Anomalocaris” what has the two large appendages in front of its face. This animal undulated in the water and ate what ever it could by grabbing with its large teeth which apparently had razor sharp blades. The ancient sea was a brutal place.

“Opabinia” is on the upper left side with a creature in its mouth. Very few fossils have been discovered but it had a long proboscis nose that was flexible like a vacuum so it could snatch animals and bend them into its mouth.

“Hallucigenia” has such a strange taxonomy scientists didn’t know which way was up and which way was down. It’s the creature with the spikes and legs.

“Wiwaxia” has spines to protect it from predators such as Anomalocaris. It may have had a slimy foot like a sea snail and spent its time sliding along the seafloor.

And then of course Trilobites. There were many species of trilobites during this era. It was once thought that the sea was just covered in trilobites but now it seems it just appears that way because they fossilize so well. There were way more arthropods.