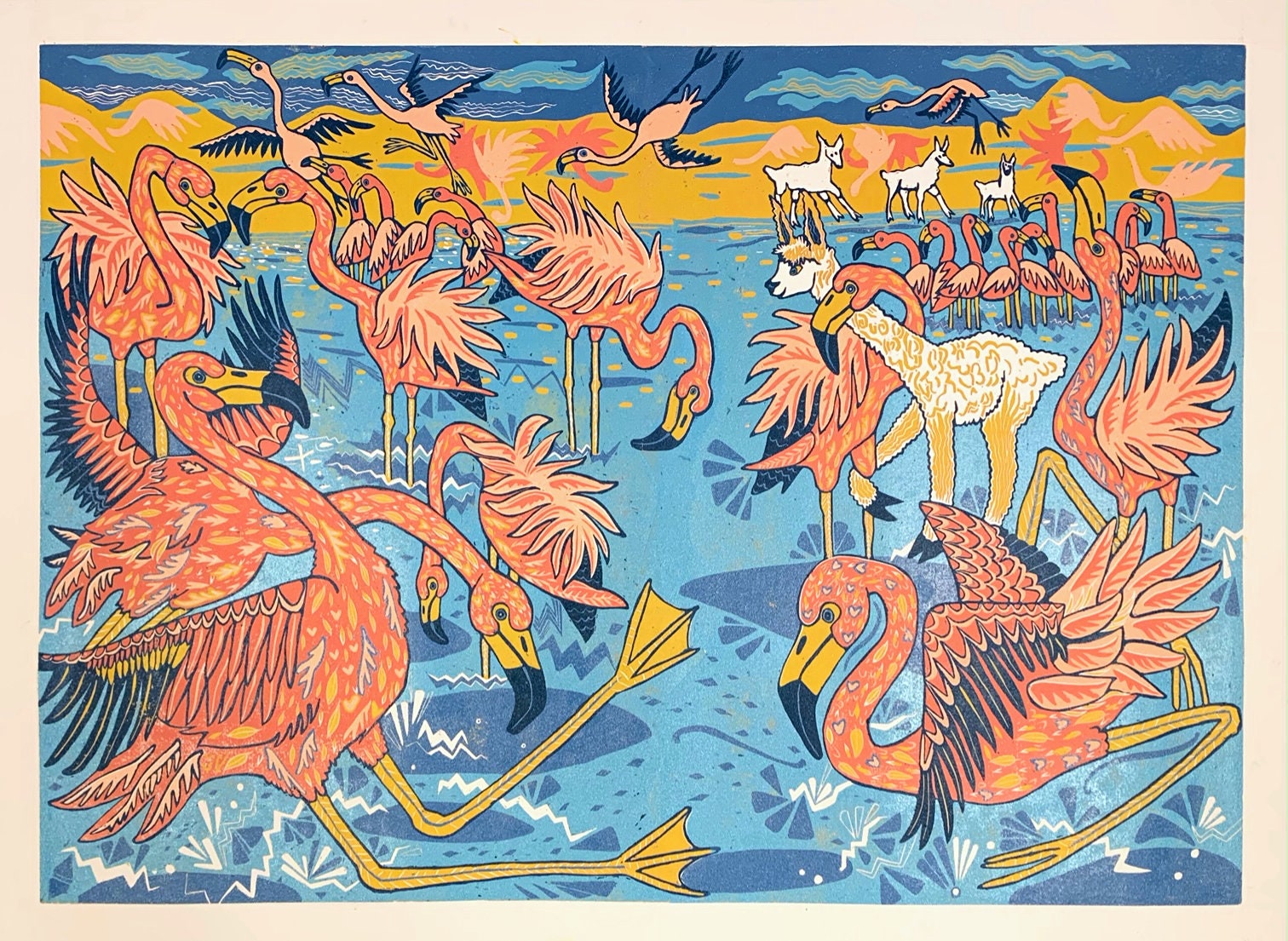 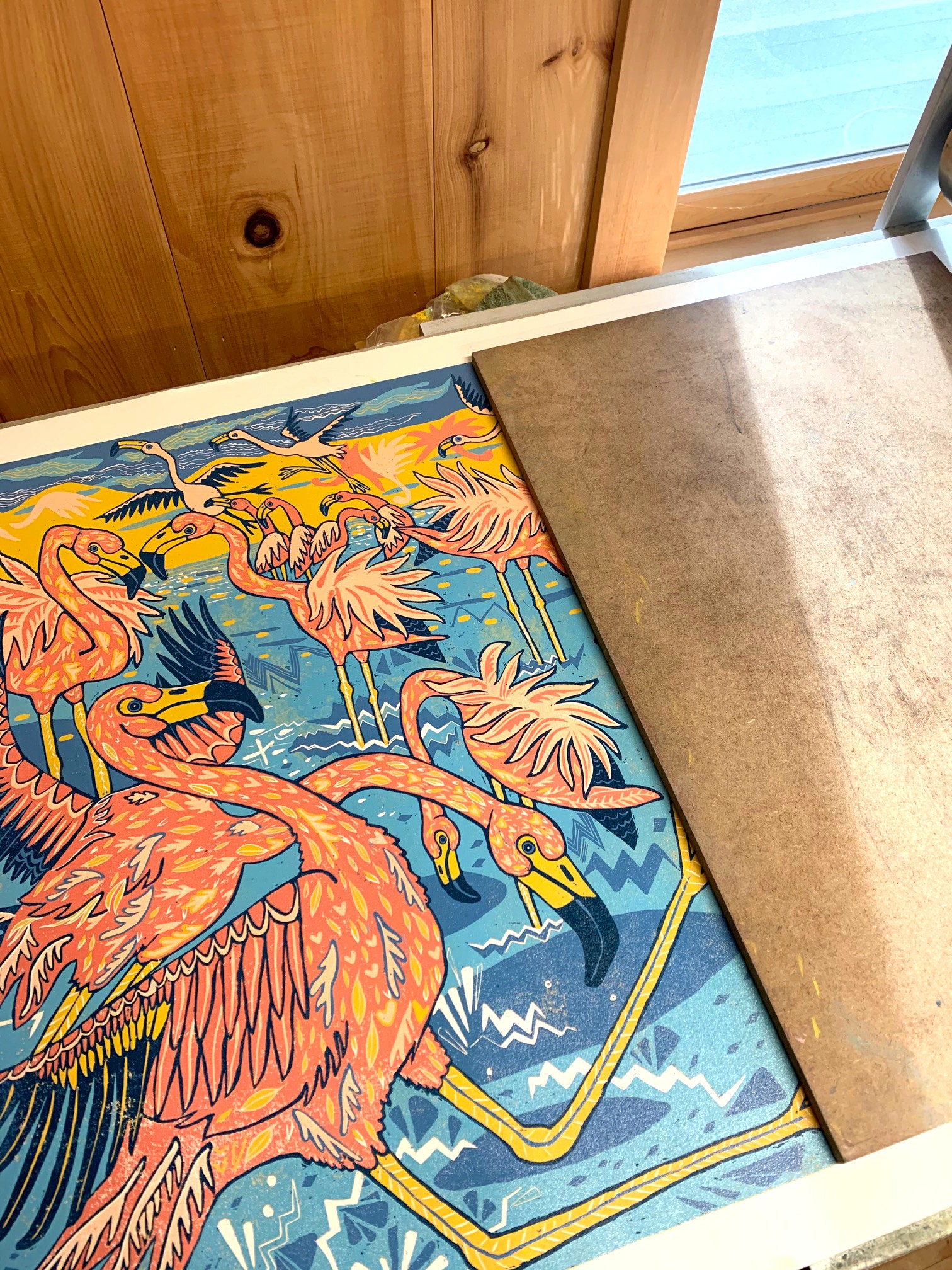 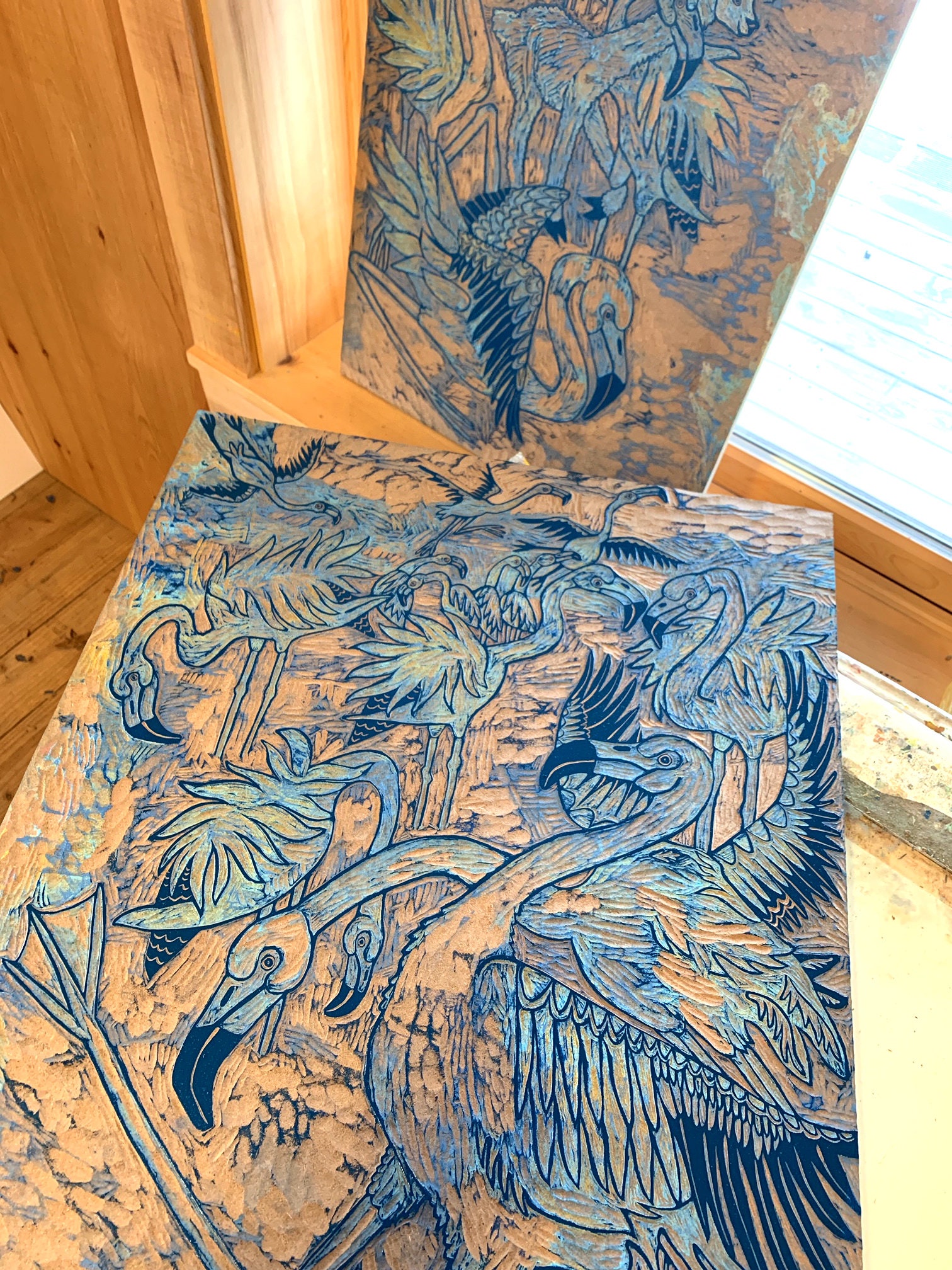 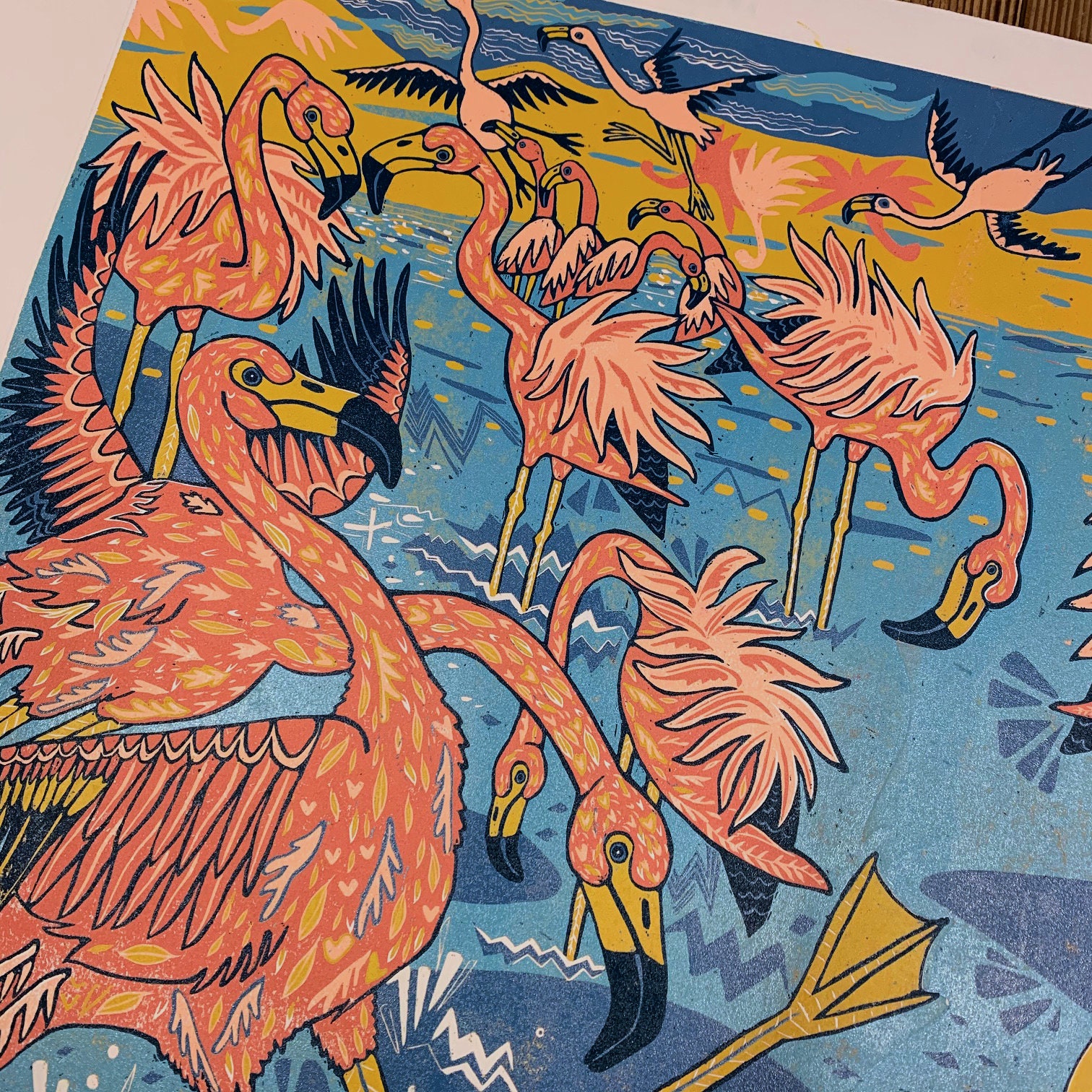 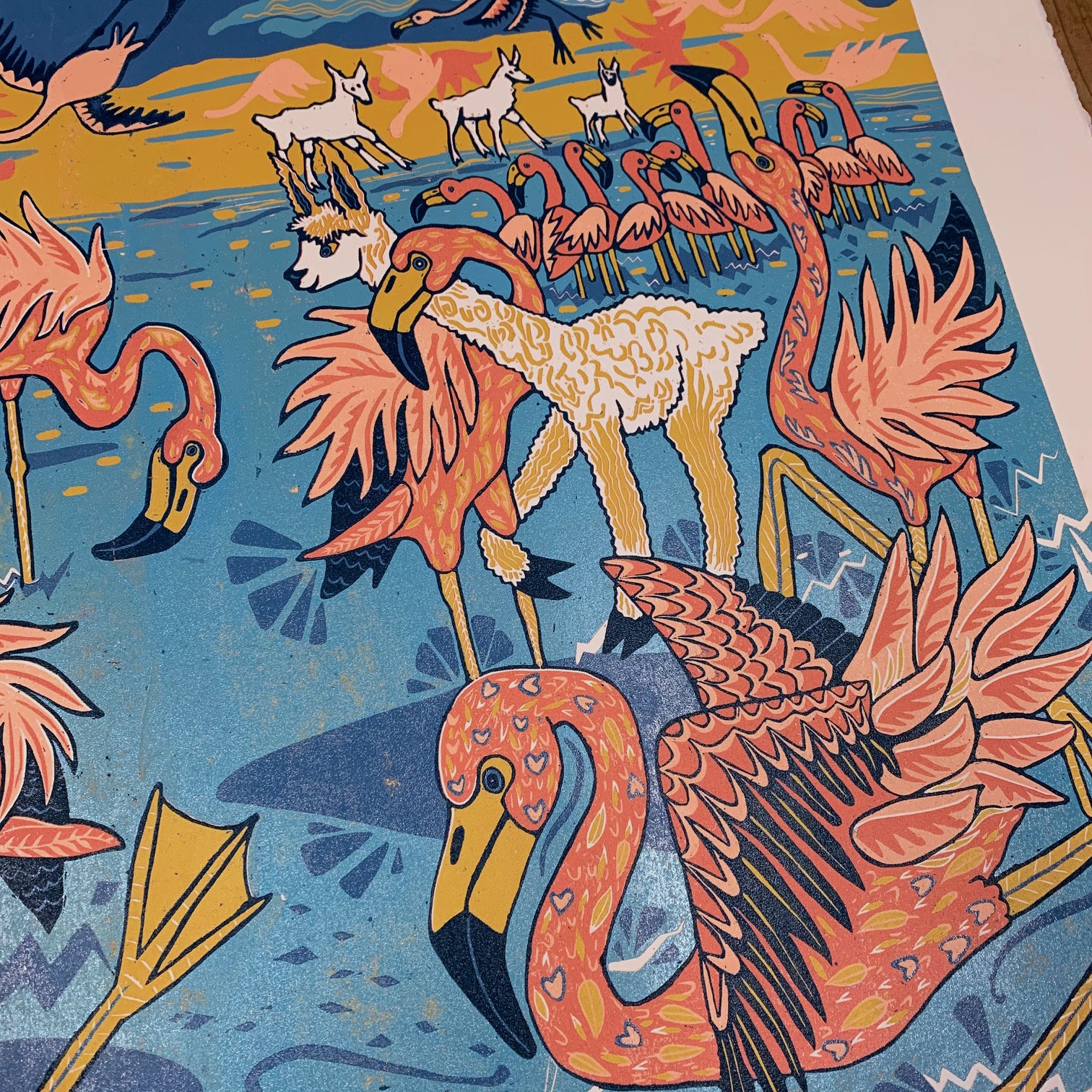 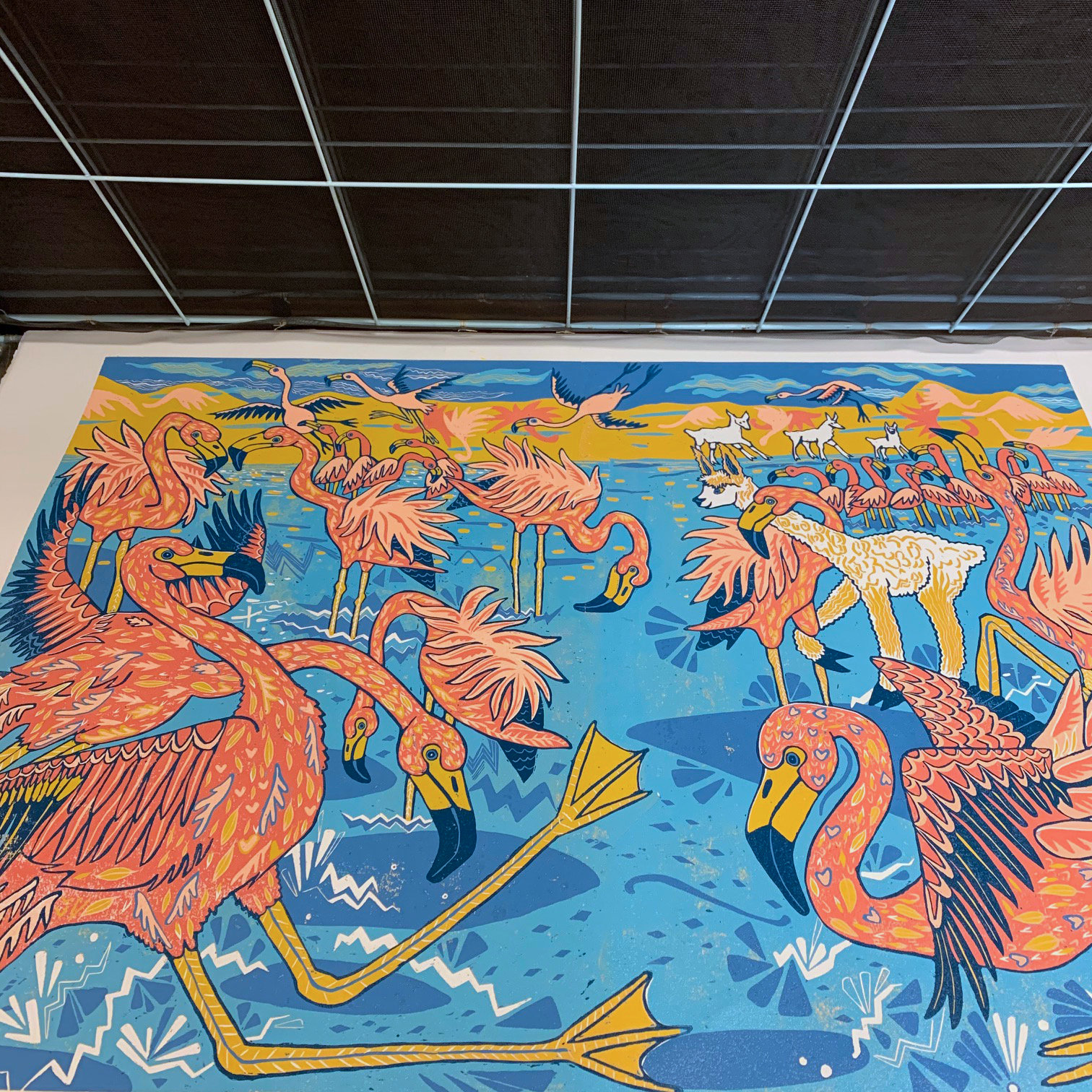 We tend to think of flamingos as a flouncy tropical species but they are actually a rugged bird. These are Andean Flamingos and they are so strong that their legs can actually freeze into the water overnight and then thaw in the morning. I tried to portray the smaller flamingos frozen in the background and the larger flamingos slipping on ice in the foreground (and a few llamas in the background to help with the geographic location.)

It doesn't end there though, flamingos thrive in climates that most find inhospitable. They can live in habitats so alkaline it would burn our skin off and can drink boiling water (hence the title of this piece, a fact so strange and amazing.)

Flamingos also can live a long time. The oldest one in captivity was a whooping 83 years old!

I bet you won't look at a flamingo the same again!